Questival was a success. We didn't win, or even come close, but it was a good time getting out.

Posted by bradleyjohn at 5:34 PM No comments:

So We Went to Europe: Paris

It was late when we got there and then, then I felt really lost.  See in England they had at least spoke English.  They don't speak English in France.  Or at least the one worker that was still in the train station when we got off.  By a bit of a miracle we found where the bus was we were supposed to get on the bus that would drop us off near the hotel.  Unfortunately Paris hotels are a bit hard to find.  So we wandered in the direction I thought it was in and then realized we were never actually going to find the hotel (I should add in here in is probably one in the morning).  By another miracle someone passed by us, and I asked him for directions, and amazingly he spoke English!  And he let me use his iPhone and that got us going in the right direction.

It was not exactly smooth sailing from that point.  It still took us another thirty minutes or so to find the hotel.  And all of this time we were starving, we smelled terrible (remember there was no shower at the temple, and we had been outside walking all day), and the luggage carrier that Ariana and Tyler gave us was really struggling across the cobblestone sidewalks.  But we made it.

The room was very nice but very small.  We went back out to try and find food, though at three in the morning options are limited.  Turns out, Paris doesn't have many Denny's in the proximity of that hotel.  We did however find a scary convenience store where we had the option of buying a small can of Pringles for about $8 or a small bag of chips for $5 or $6.  So with two tiny bags of chips we went back to the hotel showered and went to bed (not quite the romantic Paris evening I had planned). 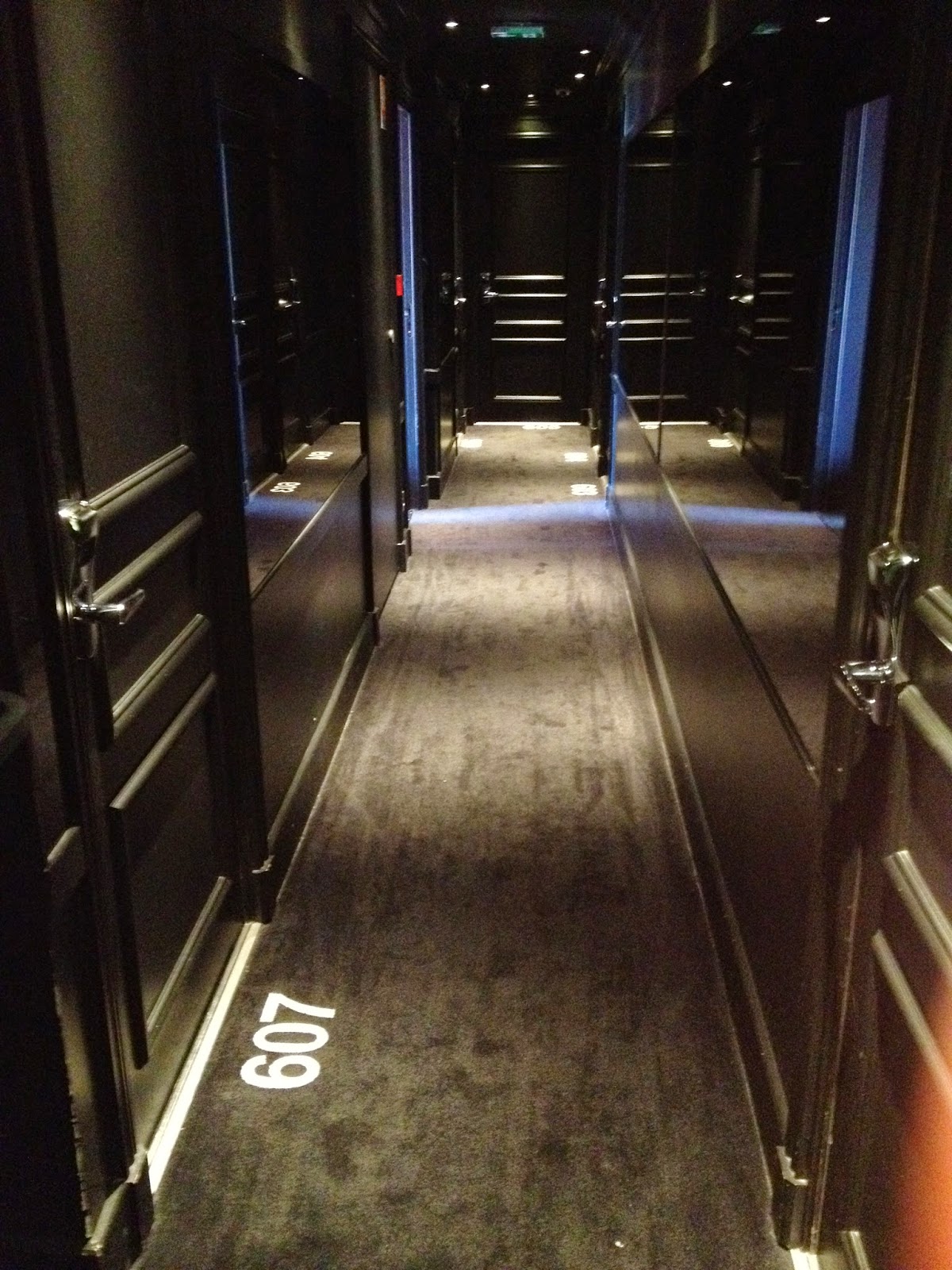 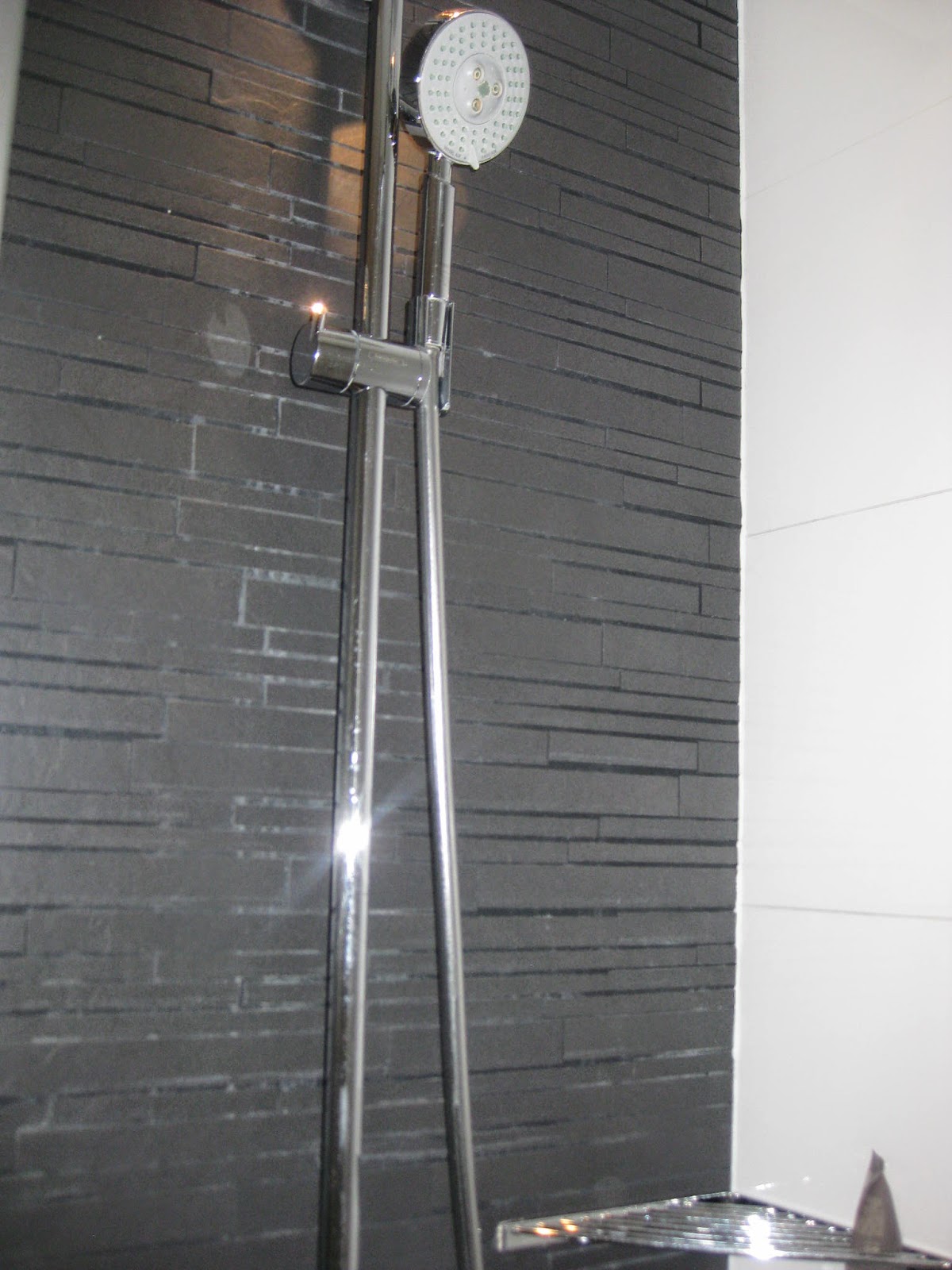 What seemed like fifteen minutes after I had gone to bed the phone rang.  Turns out, it was one in the afternoon!  As amazing as the blackout curtains are, it makes it very hard to wake up at a reasonable hour when you're exhausted.  So we got up, went and check into a much cheaper hotel just down the street, and it was actually way closer to the Eiffel Tower.  The downside was no air conditioning.  And two twin beds.  But for a third the price, we could make due.  And the staff was super friendly which is always a plus.  The first day we mostly walked around and saw stuff, ate some fun food.  Day two we went to the Louvre which was pretty cool.  I mean, we saw the Mona Lisa (not really the most impressive of the pieces of art).  There was also a lot of other cool things that I recognized from some of my old art books.  We saw Notre Dame, witnessed part of some kind of service there, ate at a place that had good crepes but terrible creme brulee, and paid $17 for a equally terrible cheeseburger and fries.

Despite the mostly bad food it was still so fun to be there.  And then came Rome. 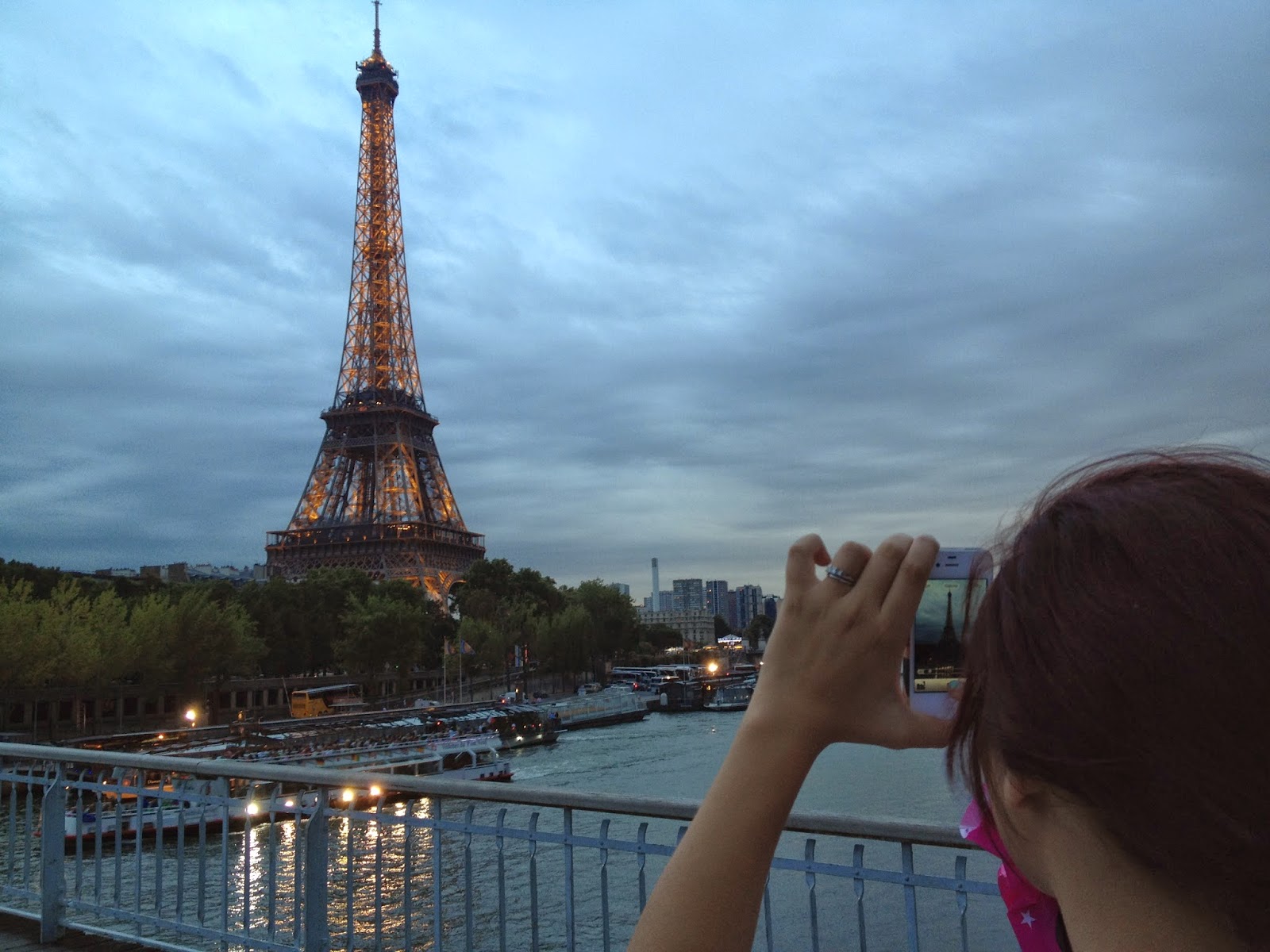 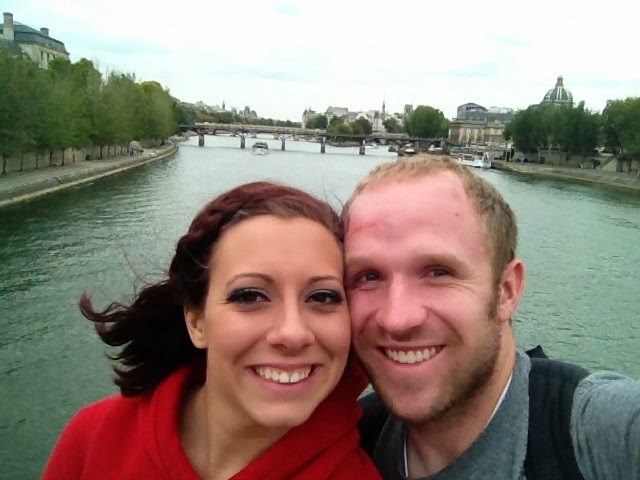 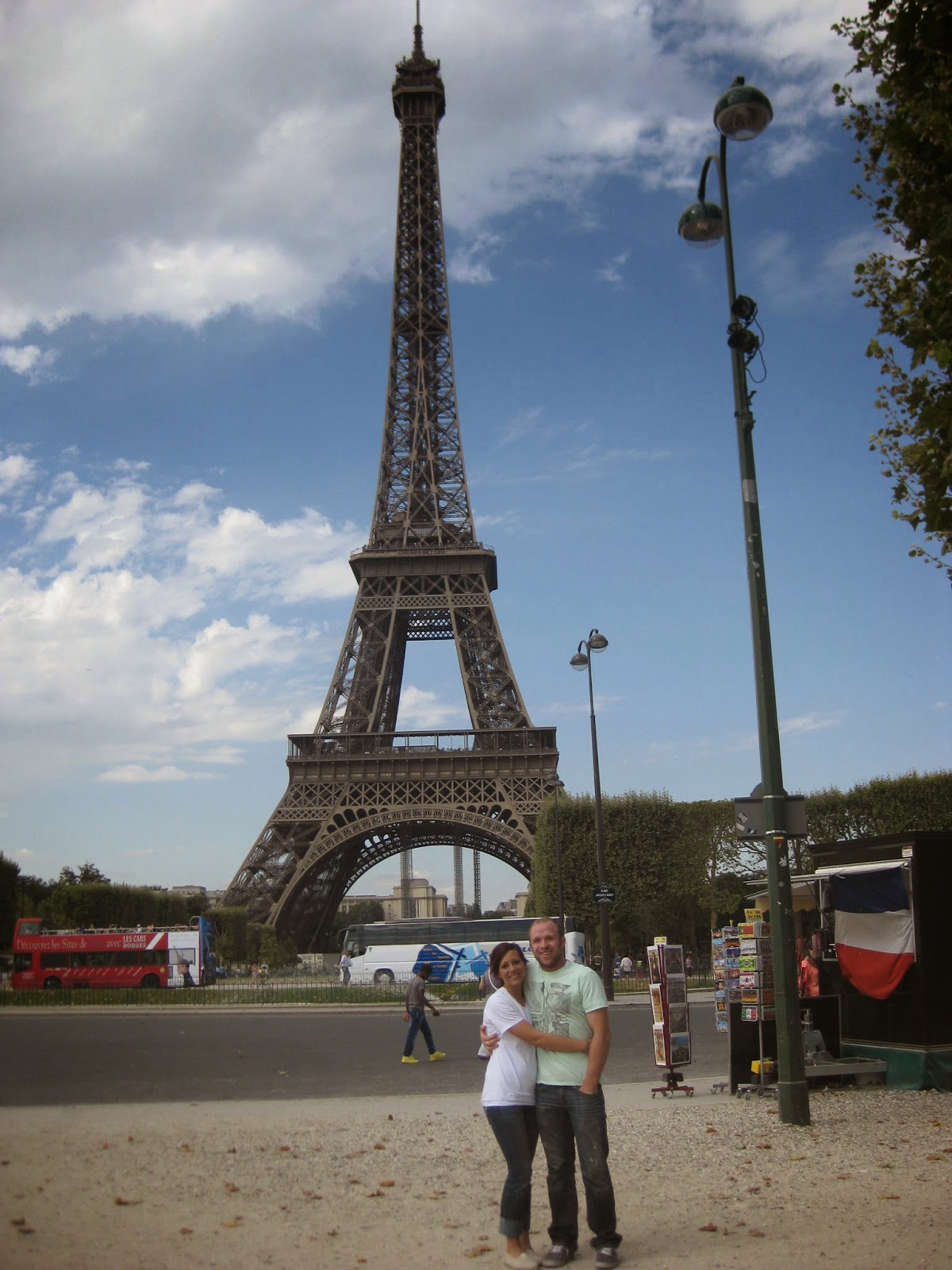 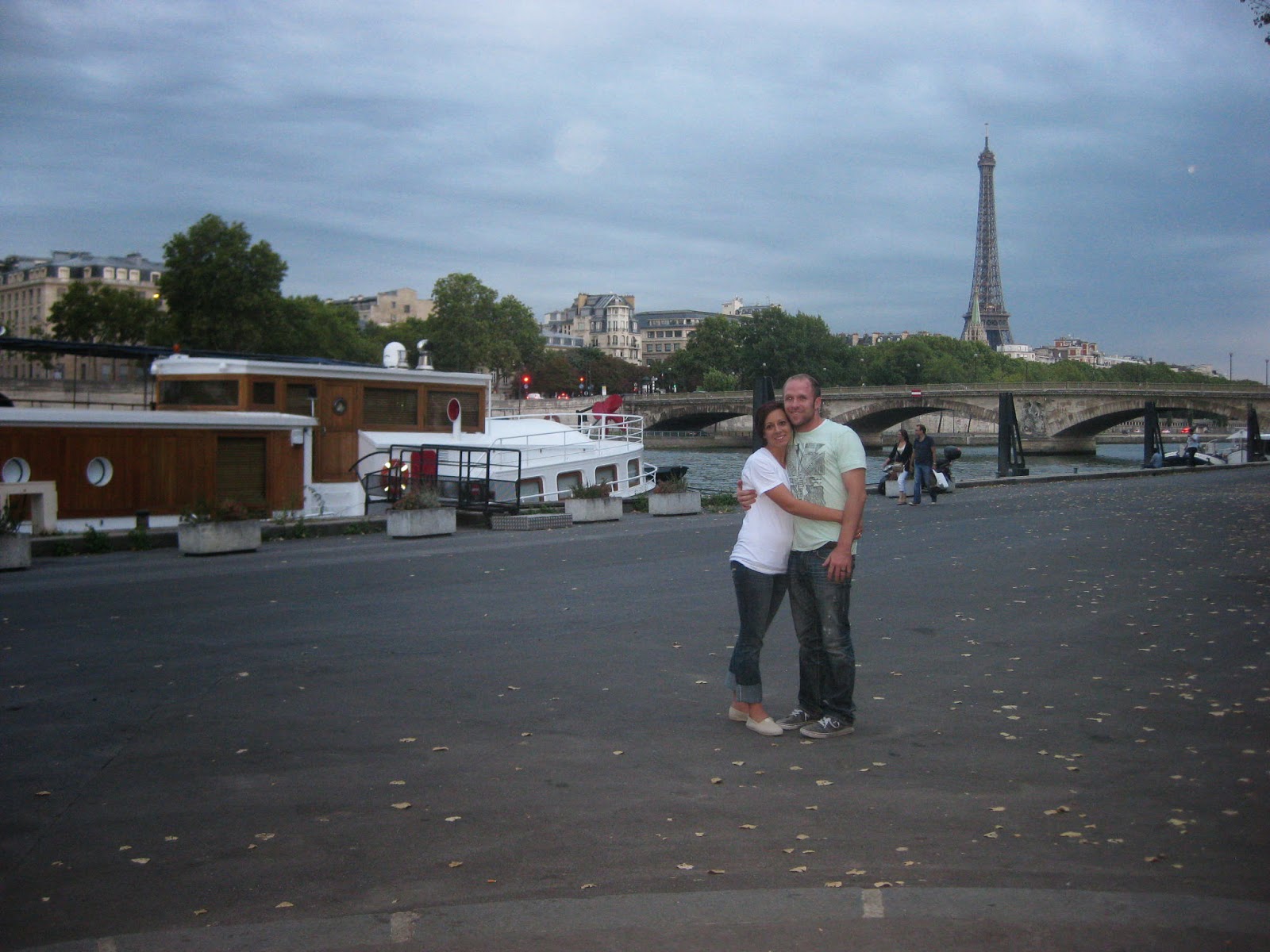 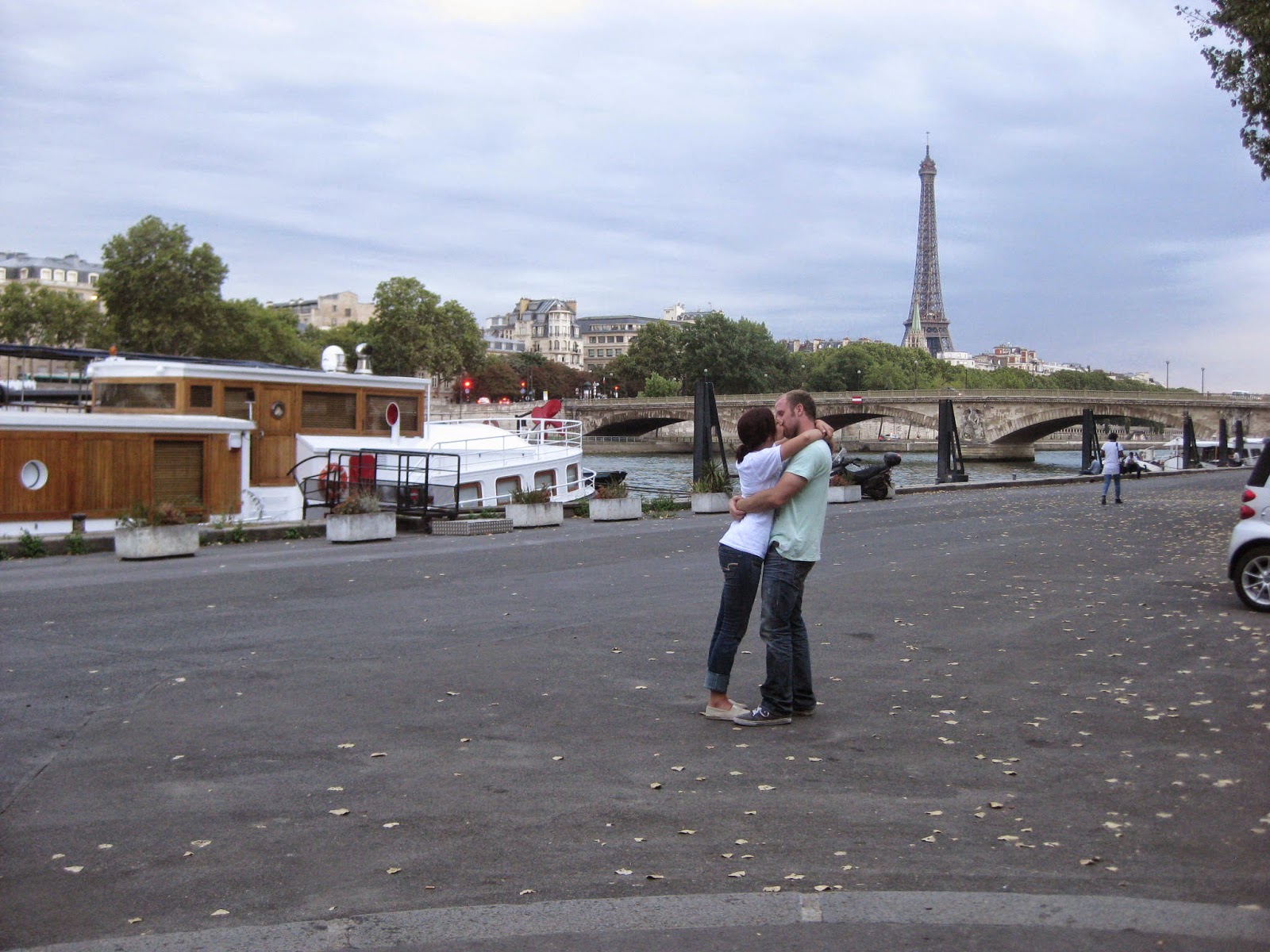 So We Went to Europe: England Part 2

After leaving them we took the train back to London.  When we got there we found a place to leave our luggage for the day, taking the bare minimum for what we thought we would need at the temple.  We hopped on the train and headed out again.  I might have forgotten what stop we were supposed to get off on though...and the train ride was considerably longer than we had anticipated.

I got pretty nervous towards the end of the ride.  Turns out, the very last stop happened to be the right one.  I can't remember now how we knew to get off there.  Anyways.  Luckily Brea talked me into getting a cab instead of walking, and a few miles later we got to the temple accommodations.

Turns out it's not really so much like a hotel.  I had expected there to be towels and stuff at least.  Nope.  So we had no towels, no soap, nothing.  The sheets were folded on the end of the bed that we had to make ourselves.  But it was only thirty or forty pounds which was cheaper than we would have found elsewhere I'm sure.  That night we walked to a pub/restaurant where I got the huge half chicken in what they called Yorkshire pudding covered in gravy.  It was alright, though not as amazing as it could have been.

But the temple session was great at least.  We happened to be there with a stake from France, so we were the ones that had to were the headphones.  It was a really nice spiritual moment in the middle of the vacation.  It definitely made me appreciate the proximity of temples in the US.  I had certainly never had to plan a temple stay to visit a temple before, and these French saints had to travel hours longer than we had.  I am always impressed with the sacrifice of so many church members.

After our session we headed back to London where we walked around and visited some of the famous sites: Buckingham Palace,  Big Ben, Parliament, and a few of the cathedrals around.  Stopped at a little cafe for lunch/dinner and the jumped on the train for our few hour long ride underneath the English Channel to Paris! 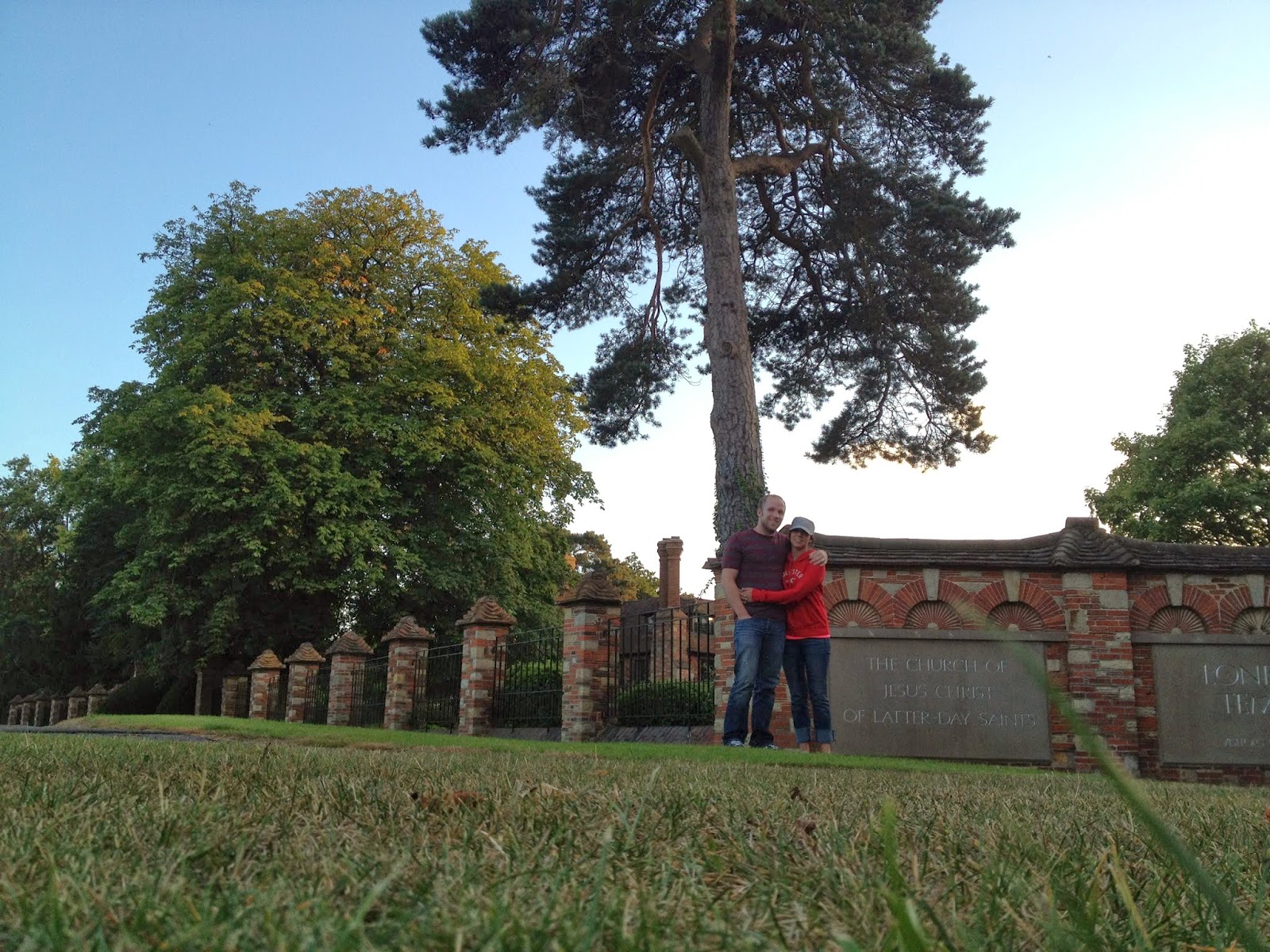 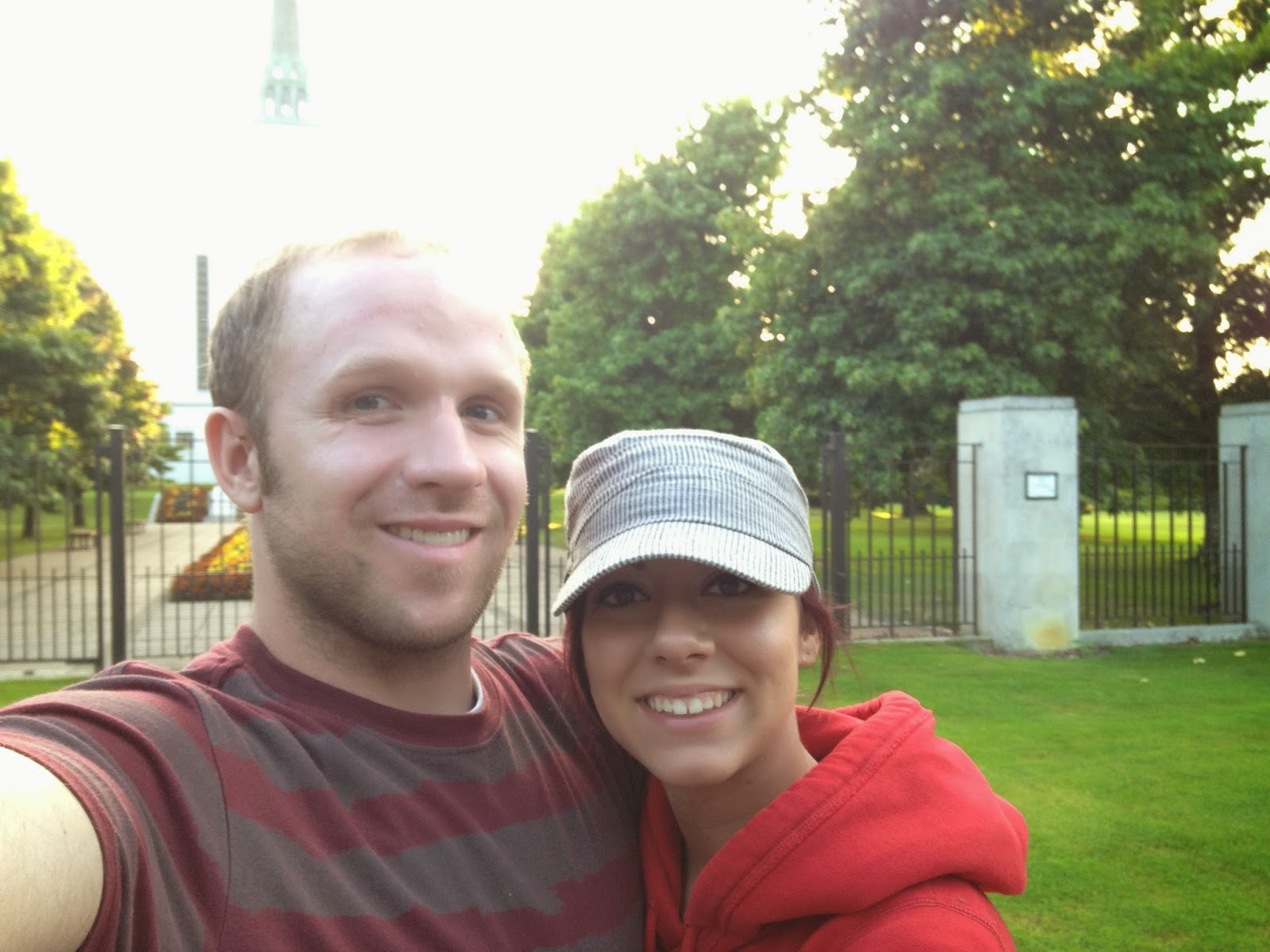 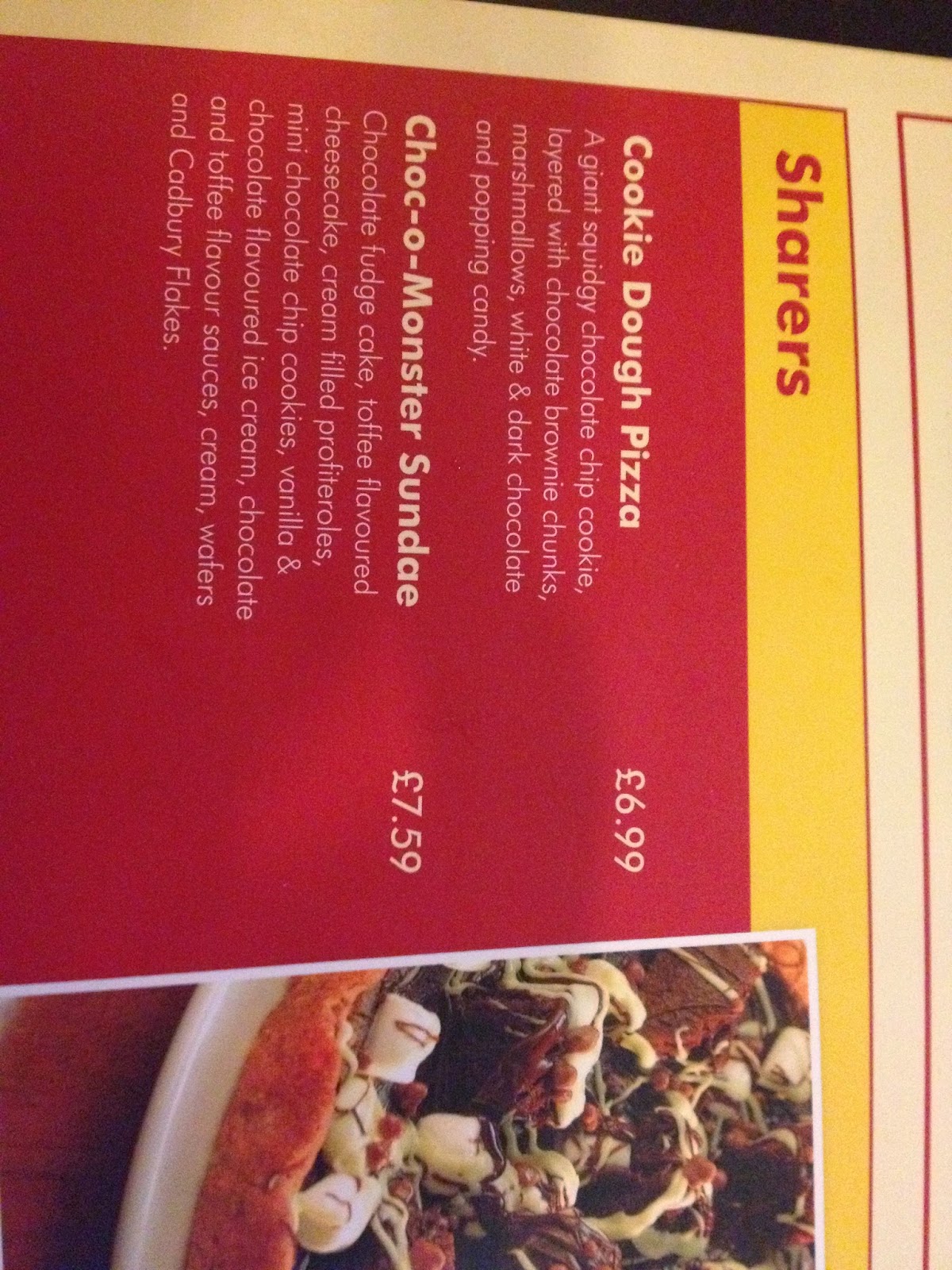 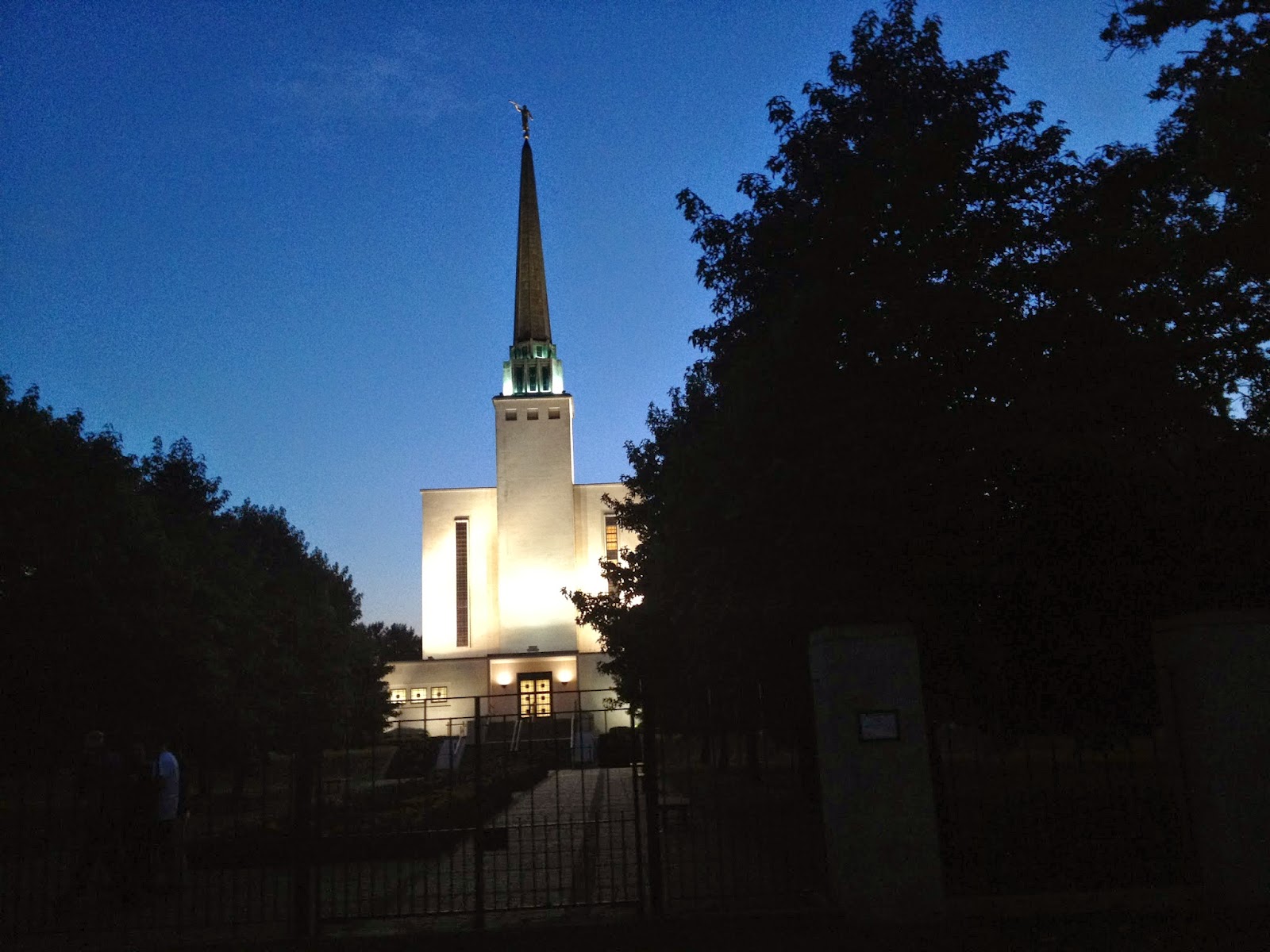 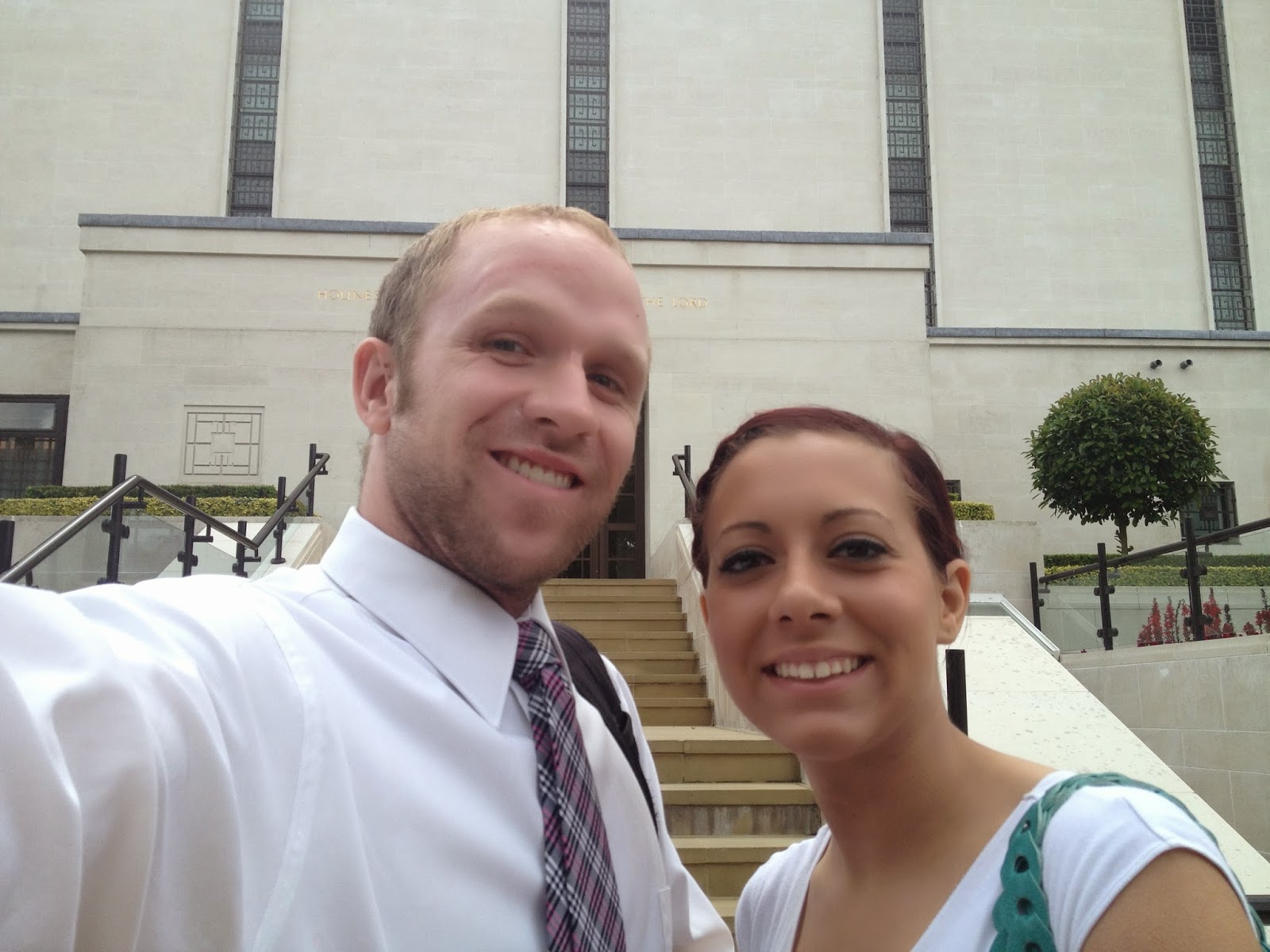 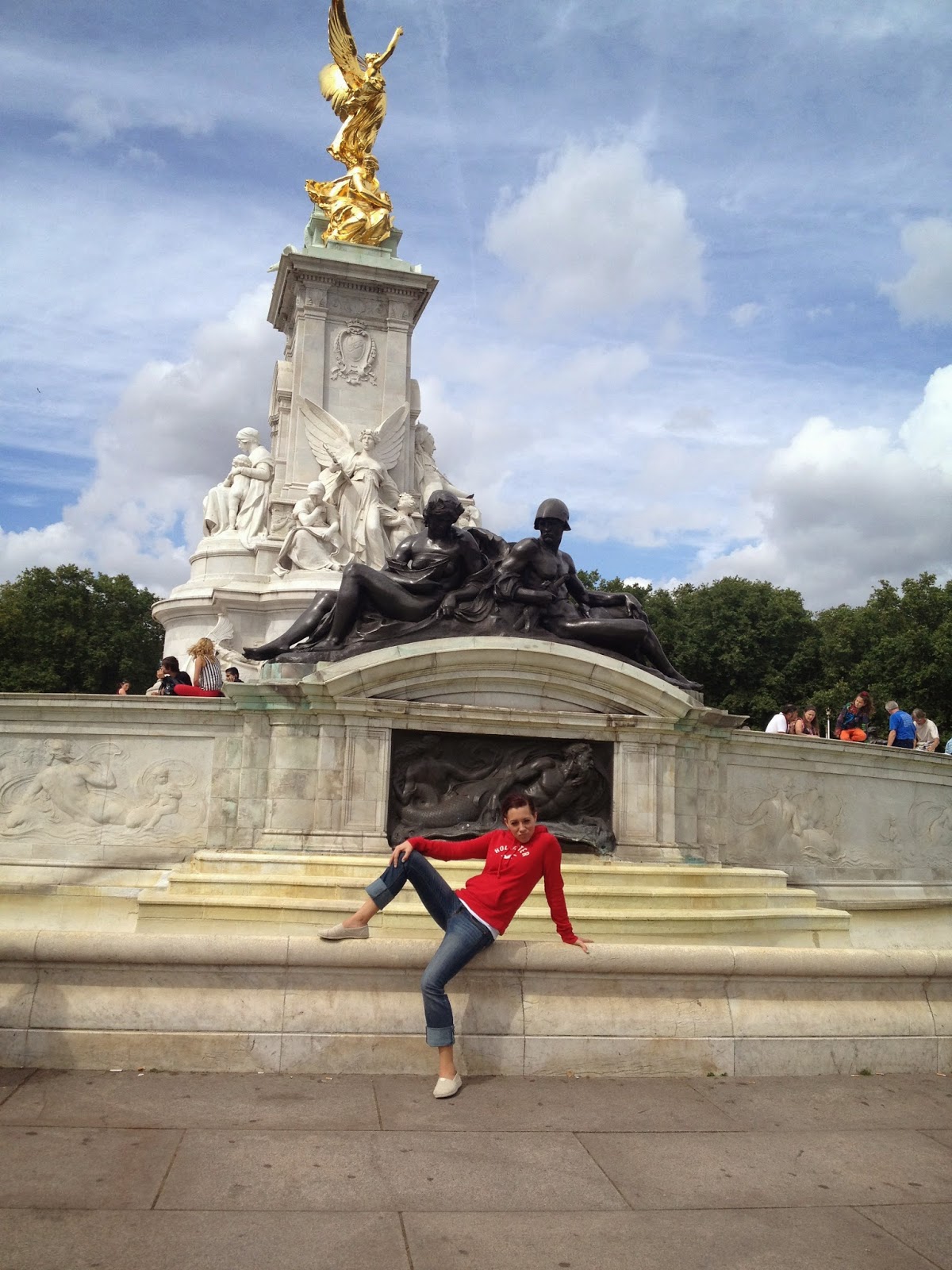 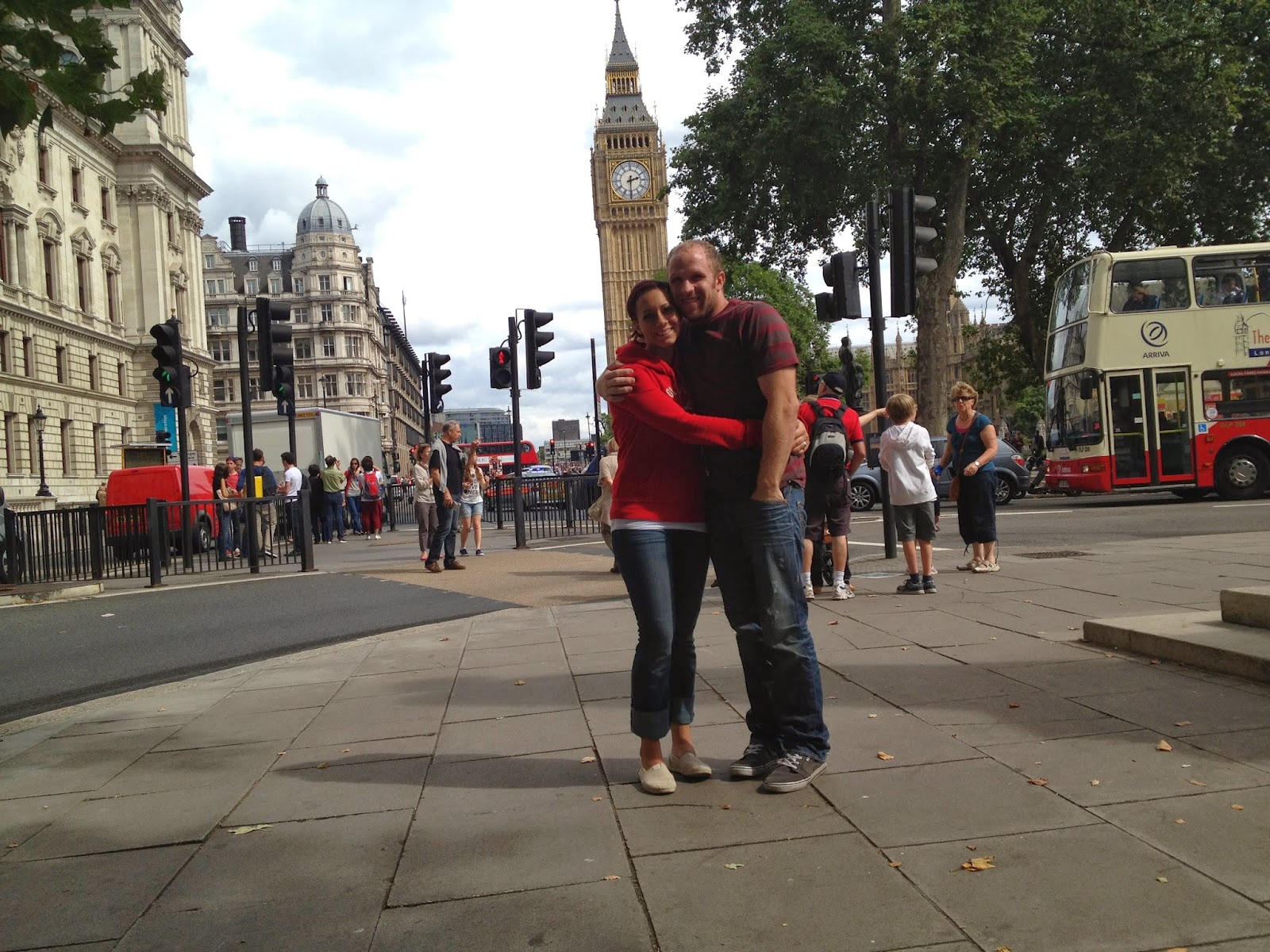 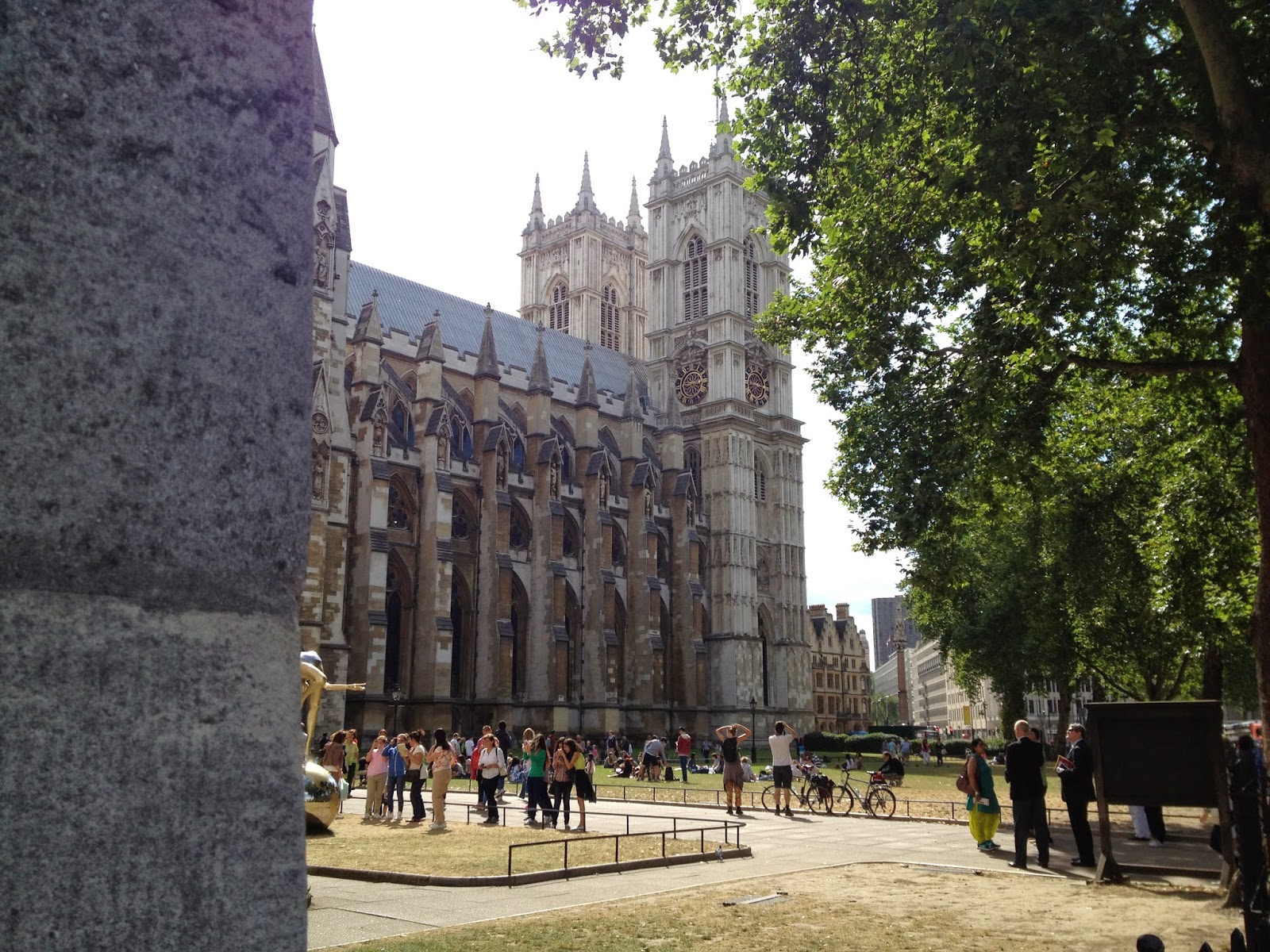 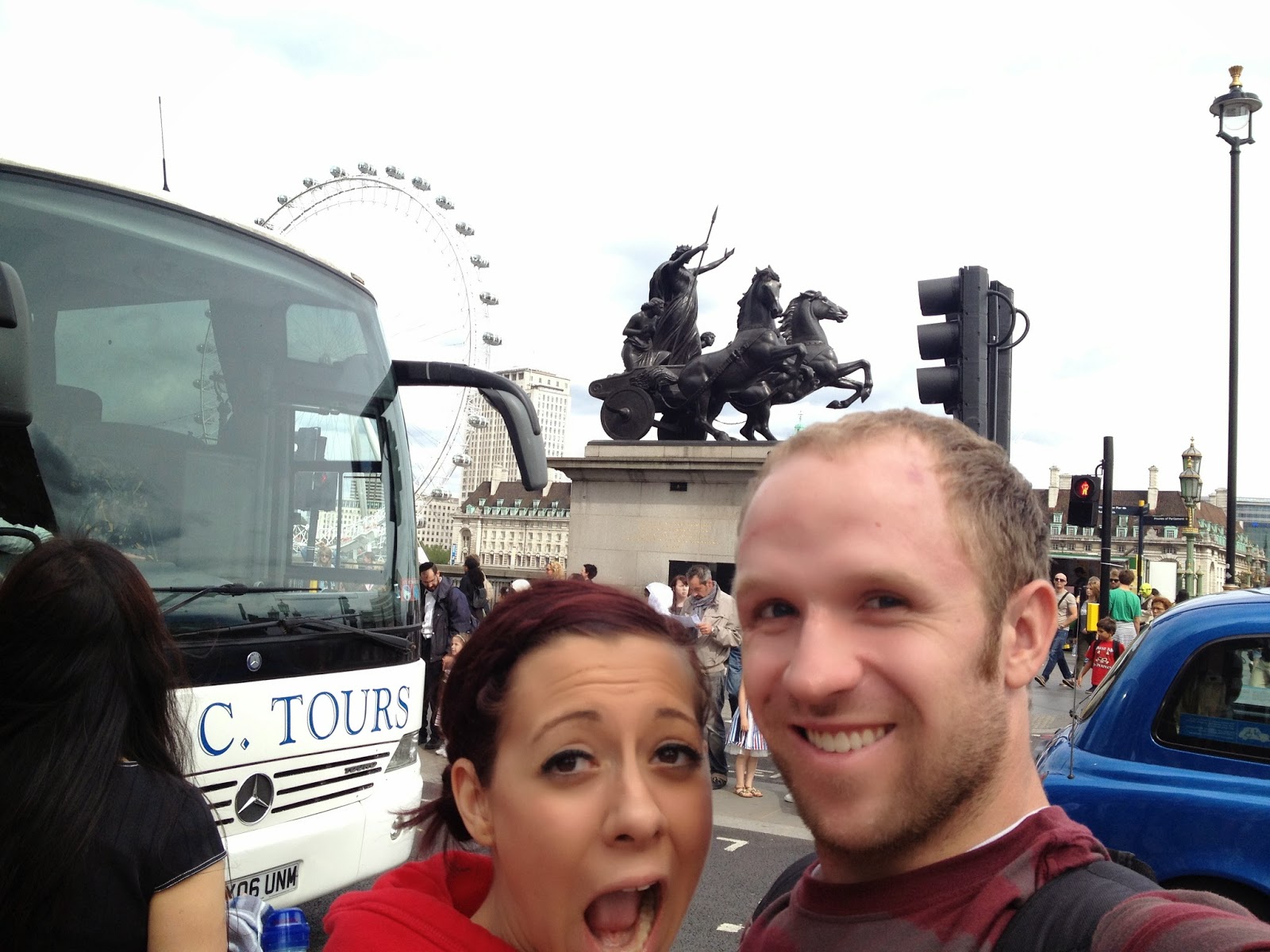 So We Went to Europe: England Part 1

Sometime around 10 a.m. Saturday morning we landed.  Now I feel like I've traveled kind of a lot.  I am pretty good at winging it.  Turns out, I freaked out a little when I stepped onto UK soil.  Everything went fine up until the point that I realized I had no idea how much cash I needed to pull out of the ATM, no idea how much I would get charged for it, and no clue what the best option would be for getting to Newcastle to see Tyler and Ariana.

After someone told me it would be very expensive to get to the other station, a really nice guy stopped us while we were wandering aimlessly about.  Apparently, he could spot people that were "lost", which indeed we were.  Instead of getting on the bus that would have taken forever, he said we could take the "tube" and it would only cost like $10.  So off we went!!  And yes, I laughed a little inside every time they said I was on the "Piccadilly Line to Cockfosters" in their excellent British accent.  We made it to the King's Cross station, paid an exorbitant amount for train tickets, and were finally on the last leg of our initial journey.

After three days of traveling, all without sleeping in a bed (this was Saturday afternoon, we hadn't laid down since Tuesday night), it would be hard exactly to describe how comfortable that train was.  Sitting down, listening to a five year-old girl talk with her dad in her adorable accent, knowing vacation had finally started, it couldn't have been more amazing in that moment.  Unless Publishers' Clearing House showed up.


Four hours later we stepped off the train and there were our friends!!!  And wow it was good to see them cause it had been forever, and a little sweeter cause I felt quite a bit less lost.  And there was someone else to carry the duffel bags!  And they had food! And a baby!

One more 45 minute train ride, a little walk, and we made it to their house.  After a trip like that, to lay down anywhere, even on the floor, was more amazing than I could have anticipated.  So there I laid for a bit until Tyler and I headed out for food.

Obviously we had to get fish and chips.  We went to this little shop and for seven or eight dollars you get a piece of fish that is about an inch and a half thick, and 12-15 inches long, covered in delicious batter, topped with more salt than I could fathom ingesting (oddly enough, it wasn't that salty when we ate it.  Not sure how that happened), and of course the fries. 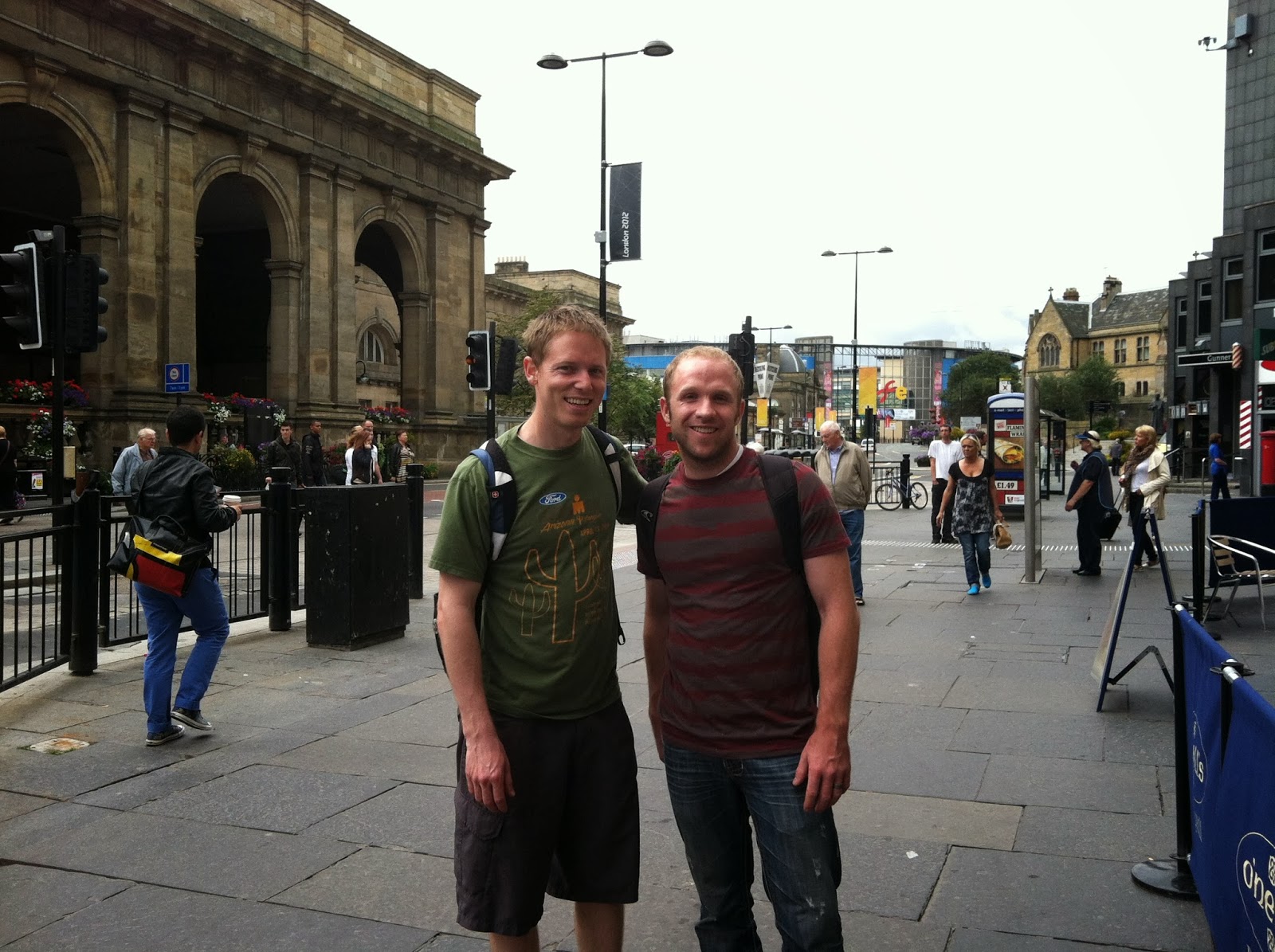 It was such a good time that we decided to spend another two days there.  It was really just great to see our friends after so long, and somewhere so far away.  While the rest of the trip was fun, I don't know if it really got better than those few days in Tynemouth.
Posted by bradleyjohn at 6:31 PM 2 comments: